What does Supporting Local/Underground Music even mean?

The phrase, Support Local Music essentially means to say that you ‘Stand by your Band’. I don’t know about you folks, but good music has never let me down. Music has been there through all of my ups and downs; my favorite songs never change; the lyrics don’t lie or cheat. Music has treated me better than any man ever did!

How I ended up being obsessed with music.

My first concert was Ozzy Osbourne, Lita Ford, and Anthrax. I was able to find an article about it: Ozzy Osbourne Hailed by Teen Fans in Long Beach. In my life there has been nothing more enjoyable for me than going to a live show. I was just 14 or 15 years old but I will never forget that night! It was like a match that ignited a lifelong passion for loud, live music.

Credit: Link to this picture An Ebay listing for that poster😆

~I guess you could say I’m a little passionate about music. Okay.. a lot. The point is, we should stand for what we believe in; lift up those we respect; and engage in the things that make us happy.

My first local show wasn’t until about 4 years ago, but it was awesome. There are several advantages to attending an underground concert event.

Personally, I’ve been to the Aftershock Music Venue in Merriam, Ks. so many times that it feels like home. I attend rap shows occasionally, but it’s the metal crowd that’s seen the most of me. I’ve become part of an Underground Metal community that is quite amazing. We give each other hugs, hang out and have a blast enjoying the Rock and Roll.

What do I actually DO to SUPPORT? [It’s actually not a big deal]!

Why should we Support Artists?

Looking for something specific? Search here: 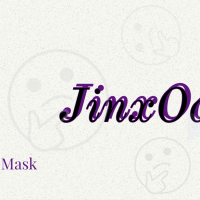 We seek to advance the theory of energy.

TheCertifiablyTRUERavingsOfASectionedPhilosopher: Don't be afraid to think you might be a little 'crazy'. Who isn't? Check out some of my visualized poems here: https://www.instagram.com/maxismaddened/

Monthly Festival : Turn your book into a movie and get it seen by 1000s of people. Or garner FULL FEEDBACK from publishers on your novel and help your next draft. Or get a transcript video of your novel performed by professional actors.

Consider it all fiction ;)

Experience The Finest Travel, Food and Lifestyle Stories Around The World

Fun for the whole asylum!

loving yourself is the most beautiful way to be happy

From soul to soul

Smile! You’re at the best WordPress.com site ever

From The Darkness Into The Light